There are many different methods of knife sharpening and as many opinions as to what works best. What’s most important is to find a method that works for you such that you don’t find it a hassle and that your knives will always be sharp.

There are 3 major categories of knife sharpeners.

Manual – Freehand using an oil or water stone
System – a set of stones held in a base or where the knife is held in a bracket eg. the Spyderco Sharpmaker , Lansky or one of the newer systems that work in a similar fashion.
Electric – A powered system using belts such as the Worksharp or for the more experienced, a belt sander.

As a beginner it’s more important to understand how to get a sharp edge and refine your technique than getting too hung up over which method you are going to use.

What’s inside the Honey Badger Flipper?

There is one aspect that is common regardless of what method you choose and that needs to be understood before proceeding. It’s to do with creating a burr.

Joe Talmadge is an experienced collector and amateur knife maker who has had countless conversations with custom makers and who has also read countless articles on steels. We quote him here:-

“You grind one edge along the stone edge-first until a burr (aka “wire”) is formed on the other side of the edge. You can feel the burr with your thumb, on the side of the edge opposite the stone. The presence of the burr means that the steel is thin enough at the top that it is folding over slightly, because the bevel you’ve just ground has reached the edge tip. If you stop before the burr is formed, then you have not ground all the way to the edge tip, and your knife will not be as sharp as it should be. The forming of the burr is critically important — it is the only way to know for sure that you have sharpened far enough on that side. Once the burr is formed on one side, turn the knife over and repeat the process”

For this who are interested, Joe has an excellent FAQ which goes into far more detail than will be covered here.

Those of you who already own one will know that it comes out of the box already really sharp. However, with use, it will start to dull and there is nothing worse than a dull blade!

I took my Honey Badger flipper which was already sharp and dulled the edge by dragging it across a sharpening stone at 90 degrees (ouch, that hurt). The result was that it would not even begin to cut paper which to me is always a good indication of basic sharpness. 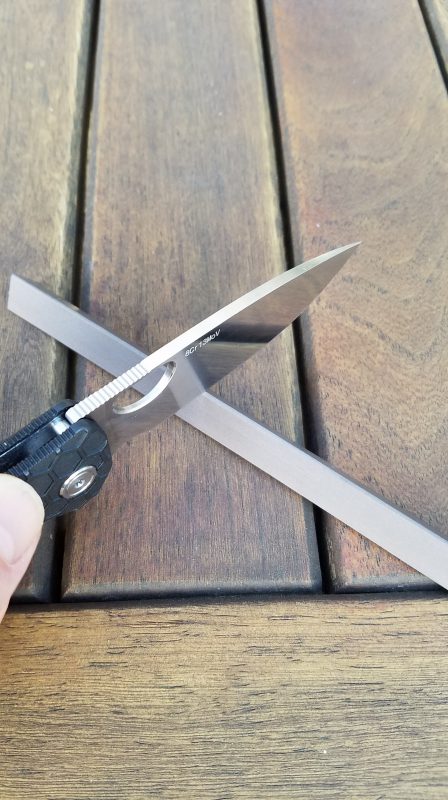 I chose to use my Spyderco Sharpmaker to put an edge back on the knife. I set the stones at the 30 degree angle and started to sharpen just the one side using the edge of the stones until a burr was created as mentioned above. This took about 30 to 40 strokes. I then sharpened the other side continually checking the edge on my thumb nail until it started to catch rather than sliding off. At this point it would start to cut newsprint paper. 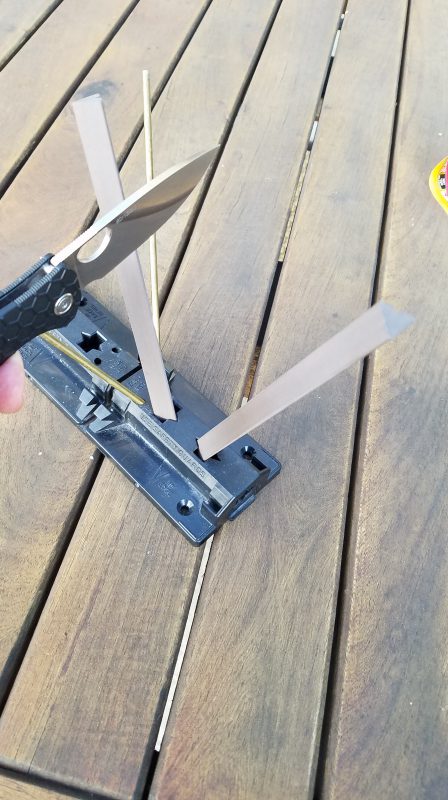 I then rotated the stones to use the flat sides to refine the edge further. After this, it really started cutting the paper easily to the extent that you could get a cut started and then just push rather than saw with the knife and it would continue to cut the paper. 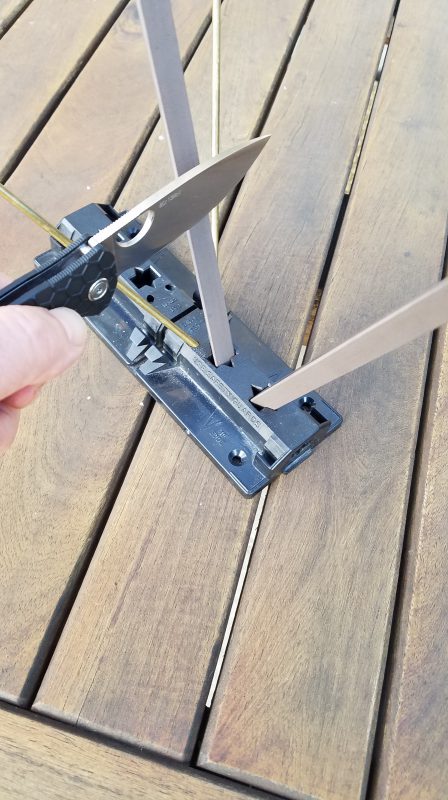 For good measure, I then gave the knife one or two light strops on a home made leather strop coated with green stropping compound just to really get the edge further refined. There are many YouTube videos about how to make your own strop and it really is quite easy. If however, you prefer to buy one, this is the one that I modelled my homemade one on.

Once the knife is at this level of sharpness all that’s required is a couple of strops every now and again depending on usage to maintain the edge. If you are going to be banging the edge down onto a plate as you cut through that apple then that will harm the edge more that what the strop can correct and you would then need to go back to the stones for one or two passes. 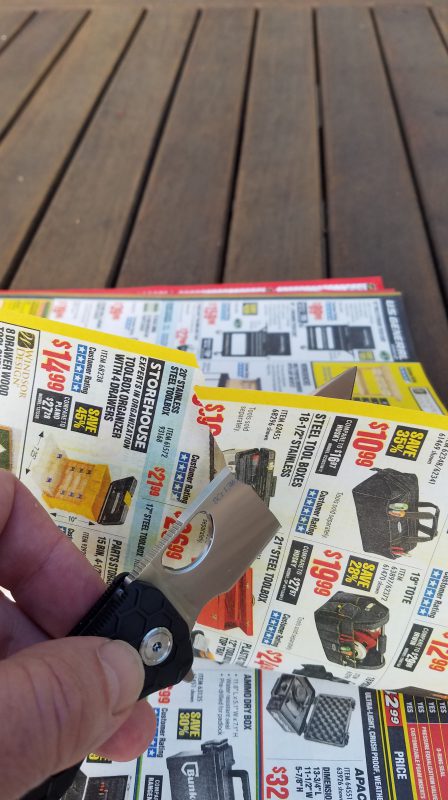 So as you can see there is not much to sharpening the Honey Badger knife. Don’t let your knife get too dull between sharpenings and you will find that touching it up to keep it sharp will be very easy.

The best feedback comes from real people in our user community. If you have a blog post to share please send it over. We might even reward you with some cool gear!